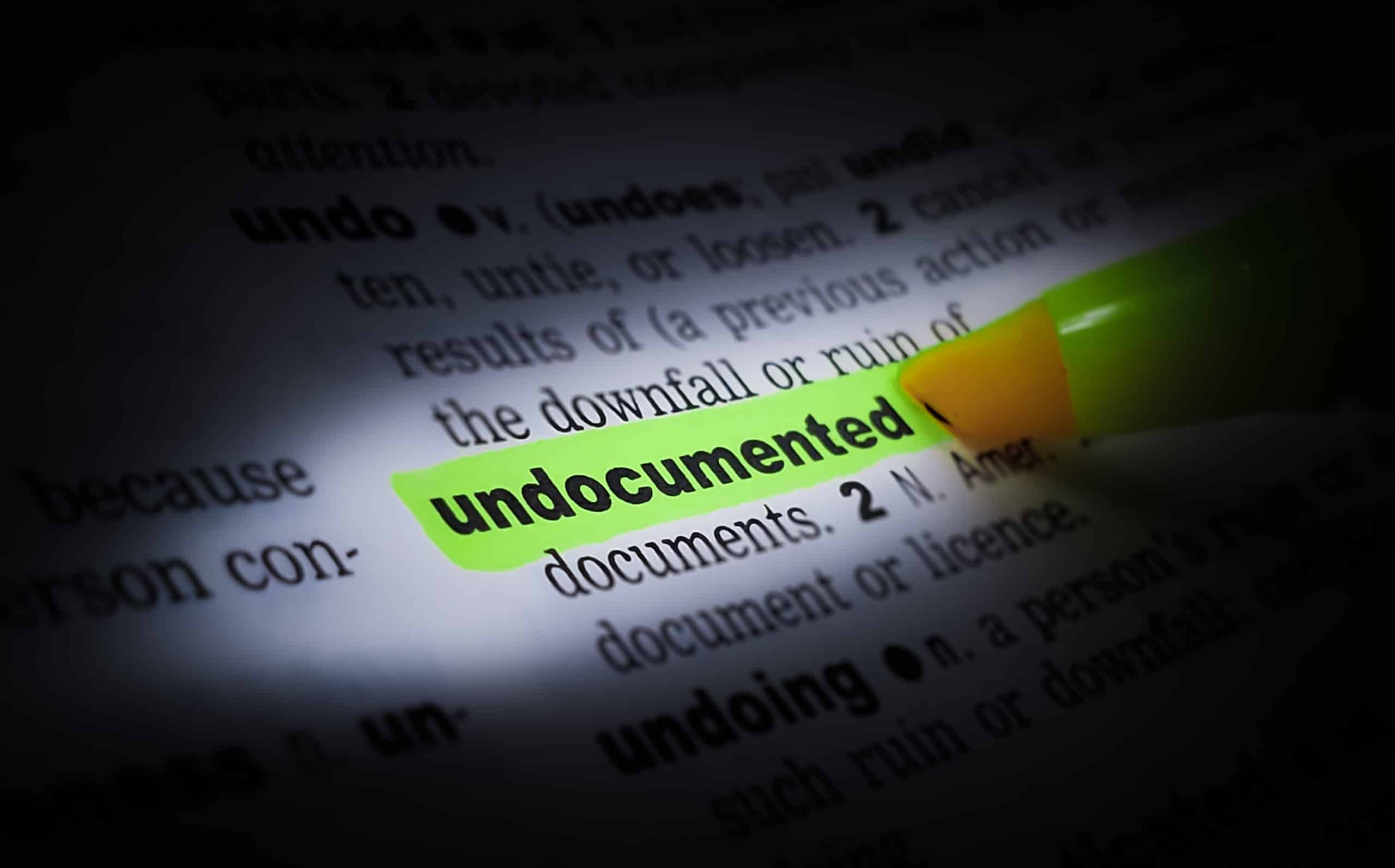 If you’re an undocumented immigrant, you may have questions about your access to legal representation or whether you’re entitled to certain benefits while working in the U.S. This FAQ provides you with the resources you need to know your rights and have the quality of life you deserve.

Get a Free Case Consultation Now

Can Undocumented Immigrants Work in California?

Yes, undocumented immigrants can work in California. However, it is illegal for employers to knowingly hire illegal immigrants according to the Immigration Reform and Control Act of 1986:

The Act also places more pressure on employers to verify an employee’s citizenship before hiring them, requiring the employer to:

“Attest, on a form developed by the Attorney General, that the employee’s work status has been verified by examination of a passport, birth certificate, social security card, alien documentation papers, or other proof; (2) the worker to similarly attest that he or she is a U.S. citizen or national, or authorized alien; and (3) the employer to keep such records for three years in the case of referral or recruitment, or the later of three years or one year after employment termination in the case of hiring…”

Additionally, undocumented immigrants with a U Visa can live and work in the U.S for up to four years, and are eligible to apply for a lawful permanent status after three years.

Falsifying your immigration status to an employer or immigration officer can result in legal penalties, such as deportation.

Do Undocumented Immigrants Get Minimum Wage?

Yes, undocumented immigrants should receive the same minimum wage as documented workers. In California, that means you should be earning $14/hr if your employer has under 25 employees, $15/hr if they employ 26 workers or more, and $16.04/hr if you work in Los Angeles County (starting in July).

Can Immigrant Workers Get Overtime?

Administrative professionals, executives, outside salespeople, creatives, and computer software or hardware-focused employees are all examples of exempt workers.

If your employer commits wage and hour violations by paying you less than the minimum wage, you can file a wage claim with the Division of Labor Standards Enforcement.

It is ILLEGAL for your employer to threaten to deport you or report you to ICE or other authorities for filing a complaint or lawsuit over wage and hour violations.

Can An Employer Stop Me From Speaking Languages Other Than English At Work?

No, employers CANNOT discriminate against employees based on their native language or other related factors, such as their accent, syntax, or vocabulary.

Additionally, according to Federal law, forcing workers to speak English at all times in the workplace or during work hours is burdensome and violates Title VII of the Civil Rights Act of 1964.

Employees are entitled to speak another language when they’re having a casual or private conversation, on break, or when the discussion does not concern work.

The Occupational Safety and Health Administration (OSHA) encourages employers to communicate workplace safety conditions in a language that their workers understand.

According to Government Code 12951, an employer CAN restrict an employee’s language usage if:

(1) The language restriction is justified by a business necessity.

If an employer refuses to allow you or other coworkers to speak a language other than English without meeting those requirements, you could file a discrimination complaint or lawsuit against them.

Can Undocumented Immigrants Take Sick or Family Leave in California?

Yes, undocumented workers can take paid family leave as long as they have worked in California and had State Disability Wages withheld from their paycheck.

If your employer qualifies under the Family Medical Leave Act (FMLA), you could receive up to 12 weeks of unpaid leave to take care of a serious illness or the illness of an immediate family member. This includes your parents, spouse, minor children, and adult children unable to care for themselves. You could even qualify for up to 8 weeks of paid family leave under the Paid Family Leave (PFL) program in California. Additionally, if you or another qualifying family member contracts COVID-19, you may also qualify for FMLA leave.

If you take FMLA leave, your job remains protected. You are entitled to return to the same position you left – if that isn’t possible, then a similar and comparable job position.

“Unemployment compensation benefits, extended duration benefits, and federal-state extended benefits shall not be payable on the basis of services performed by an alien unless the alien is an individual who was lawfully admitted for permanent residence at the time the services were performed, was lawfully present for the purposes of performing the services. or was permanently residing in the United States under color of law at the time the services were performed, including an alien who was lawfully present in the United States as a result of the application of the provisions of Section 203(a)(7J (conditional entrants, refugees, and asylees: now a reference to Sections 207 and 208 of the Immigration and Nationality Act, or INA) or Section 212(d)(5) (parolees) of the Immigration and Nationality Act.”

Yes. California and Federal anti-discrimination, retaliation, and harassment protections apply to undocumented immigrants. Immigrants can file a complaint or lawsuit against employers who engage in labor law violations.

Examples of discrimination, harassment, and retaliation include:

Unfortunately, immigrants often face discrimination in the workplace. Studies show that roughly one in three immigrants face discrimination during the hiring process, and immigrant workers suffer from more workplace injuries and fatalities than native-born workers. An employment or immigration lawyer can help you verify whether the behavior you experience at work constitutes discrimination, harassment, or retaliation.

Yes. Undocumented immigrants have the right to seek legal counsel for personal injury and employment disputes regardless of their immigration status. However, it is worth noting that immigrants facing deportation do not receive court-appointed counsel – they must pay for an attorney if they wish to receive representation.

For example, if you suffer an injury while working, you can sue your employer for damages to obtain compensation for medical bills, lost income, pain and emotional suffering, and more.

Public defenders CANNOT drop clients due to their immigration status. Additionally, due to attorney-client privilege, an attorney CANNOT report you to ICE for being an illegal immigrant.

If your attorney wishes to stop representing you, they must first inform you and the court. If the court does not believe your lawyer has sound reasoning, it can refuse the attorney’s request to withdraw.

Should I Tell My Lawyer I’m Undocumented?

Yes, you should tell your lawyer if you’re an undocumented immigrant. Your attorney should not provide you with inadequate counsel or discriminate against you based on your immigration status. Being honest with them can help them represent you more accurately.

Work with Attorneys Who Will Fight for You

At Wilshire Law Firm, we’re proud to represent immigrants who face discrimination, harassment, and retaliation in the workplace. We’ve recovered over $1 billion dollars helping injured parties and employees get the justice they deserve from insurance companies and corporations.

Work with a team ready to defend your rights. Contact us now or give us a call to receive your free, discreet consultation.