Did you or someone you know suffer through a serious truck accident involving a big rig or 18-wheeler?

Was your car and/or property damaged?

Did you suffer a serious injury?

Did one of your friends or loved ones lose their lives due to an accident with a tractor trailer?

If the answer to any of these questions is yes, we strongly urge you to stop reading this page now and call the truck accident lawyers at Wilshire Law Firm right away. Every second that goes by that you don’t obtain legal representation, your insurance company is scheming to take what is rightfully owed to you and your family: fair and just compensation.

How Do Trucking Accidents In California Happen?

Trucking is an essential part of our economy, and, frankly, truck drivers are one of the most important groups of people in this country. Unfortunately, truck accidents happen often on our highways and roads. They can result in some of the most catastrophic accident-related injuries, and they happen for many reasons:

Did you know: A tractor trailer traveling at 70 miles per hour has twice as much momentum than a truck traveling at 50 miles per hour? That’s a lot of force, moving very fast! You can imagine the type of damage that ensues when a big truck accident happens at that speed. 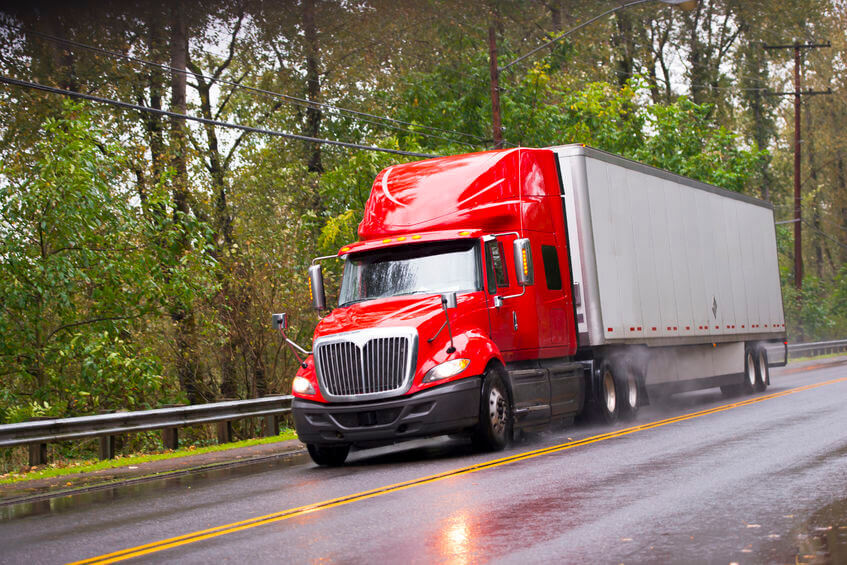 Passenger cars are specifically designed and regulated, under the Federal Motor Vehicle Safety Standards, to safely protect passengers from encounters with vehicles similar in size to their own – not 70,000-pound semis.

Other hazards such as the lack of rear and side vehicle bumpers, which often smash through passenger car windows and doors like a judo chop through plywood, account for a vast percentage of serious truck accident-related injuries and deaths. Unfortunately, when these accidents happen, truck drivers often times walk away without a scratch, while the passengers of the smaller car involved are not so lucky.

Every year, the Large Truck and Bus Crash Facts report is released by the Federal Motor Carrier Safety Administration. Most injured persons in big truck accidents are the passengers in the other car. In fact, trucks are up to 45 times heavier than cars, and when these two forces collide, the smaller vehicle rarely “wins.”

What Should I Do if I Was Injured in a Truck Accident in California?

If you and/or a loved one or friend was recently involved, or lost, in a big rig accident, we are truly sorry. You have our sincerest apologies, and we cannot imagine what you must be going through. We work with these types of cases every day, and no matter how many cases, and families, we serve, no two stories are the same.

However, what will always remain the same is our devotion to reaching a case resolution that your family deserves, and our unquestionable commitment to getting your family the justice and compensation you need, to begin the agonizing process of picking up the pieces from your tragic loss.

Should I call my insurance company?

In the moments and days after a big rig accident, it is extremely important that you be wary of speaking with your insurance company. You need to protect yourself and your family from some evil adjusters, whose job is, literally, to nickel and dime you until you have nothing left.

These corporations, will always pretend to be your friend, and stop at nothing to keep from you what’s rightfully yours; they victimize people in vulnerable situations, every day.

Fortunately, the California truck accident attorneys here at Wilshire Law Firm are on your side to deal with you truck accident. And we are not bashful when we tell you that these same insurance companies are afraid of us. The last thing they want is for you to obtain representation, but guess what? That’s exactly what you need to do!

Get UM/UIM Insurance In California

A knowledgeable car accident lawyer would advise you to insure yourself for a situation like this. The uninsured motorist coverage varies from one company to another. State laws also vary. However, there are three main types of coverage you can choose.

Uninsured Motorist Insurance – commonly called as UM or Uninsured Motorist Bodily Injury (UMBI), this will pay for your medical bills, including your passengers, if you ever get into a collision with an uninsured driver, provided that the uninsured motorist is at fault. If the collision is your fault, this policy will not take effect.